The Rise of Legal Technology

Similar to the banking and insurance industry, the legal industry is also undergoing some major changes at this moment

thanks to the development and application of new legal technologies that unlock a set of new opportunities.

The Rise of Legal Technology

Based on the Boston Consulting Group en Bucerius Law School categorization of legal technologies, we identify the following two major categories of currently applied technological solutions, in order of complexity and industry impact:

These technologies are focused on facilitating digitalization and optimizing back-office work and case-management, such as cloud storage tools, cybersecurity solutions and legal collaboration platforms. The latter can be divided into

These advanced solutions refer to chatbots and lawyer bots that support or even replace legal professionals in the execution of currently fairly easy and repetitive legal tasks in transaction and litigation cases.  By the application of legal artificial intelligence, machines can perform tasks that are typically done by paralegals or young associates at law firms [5]. The best-known lawyer bot is “Ross”. Ross is legal research software that uses artificial intelligence to help thousands of U.S. lawyers [6] and is marketed as “the world’s first artificially intelligent attorney.” [7]

“ROSS surfaces relevant passages of law and then allows lawyers to interact with them. Lawyers can either enforce ROSS’s hypothesis or get it to question its hypothesis,” Andrew Arruda also explains that human lawyers will not lose their job to robots: “With ROSS, lawyers can focus on advocating for their client and being creative rather than spending hours swimming though hundreds of links, reading through hundreds of pages of cases looking for the passages of law they need to do their job.”

Another famous lawyer bot is an American app named “DoNotPay” that started off as an app for contesting parking tickets. Now it can be used for different types of legal issues. The chatbot works by asking the person some basic questions about their situation and who they would like to sue. The app will then draw up the documents that the person needs to send to the courthouse to become a plaintiff, and will generate a script to read from if they need to attend in person [8]. A big advantage of an app like “DoNotPay” is that it’s not creating any more legal rights for anyone, it’s just educating them about the rights they already have.

An example in Belgium is a chatbot named “Lee & Ally” (by De Juristen) to whom the consumer can ask legal questions. The more questions this chatbot gets asked, the smarter it gets. This is an example of machine learning. Another example is “Le BonBail” [9]. Le Bonbail is a website that provides rental contract that were drafted by lawyers specialised in real estate law for free.

European law firms, and especially UK law firms, have adopted legal technology at a faster pace than U.S. law firms [10]. This also the conclusion that can be drawn from the results generated by Trensition’s trend analytics engine, as can be seen in the second graph below.

In the USA, law firms still seem to be profitable with the usage of the billable hour, so there is little motivation to move away from this established model. The focus of junior lawyers is to work a lot of hours and to spend less attention to maximizing efficiency by using legal tech. However, lately, large American law firms seem to have realised the usefulness of legal technology.

Algorithms can not think “outside the box”; the currently available legal technology is suitable for finding legal sources and even for decision support in policy and in the jurisprudence. However, decision-making should still be done by humans because the ability to have a social understanding and empathy is not something that computer programs can do.

A glimpse into the future

Imagine a machine capable to predict who will expose criminal activity, and where and when it will happen. Welcome to the world of predictive policing, an emerging paradigm (as can be seen in the graph below, generated by Trensition’s trend analytics engine) that builds on the premise that it is possible to predict when and where crimes will occur again in the future by using big data and predictive analytics. Predictive policing methods can be divided in four categories:

Despite the promising prospects of predictive policing, for example a more efficient and effective deployment of resources and the rapid identification of individuals that potentially will be involved in an act of crime – either as victim or offender, the technology is still too immature for real-life applications [14]: 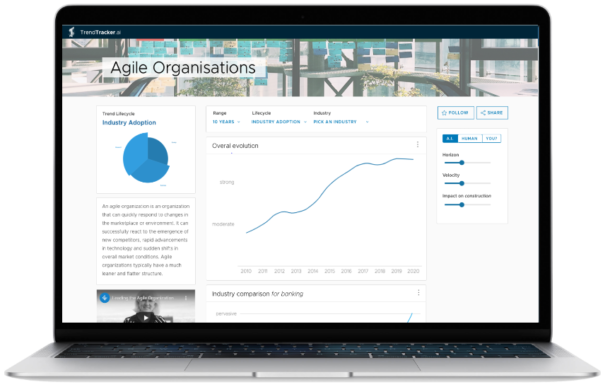 Join our testing community and receive discounts, goodies and first access to new features, because we appreciate your opinion

Thank you for joining the community! We will contact you ASAP with instructions!