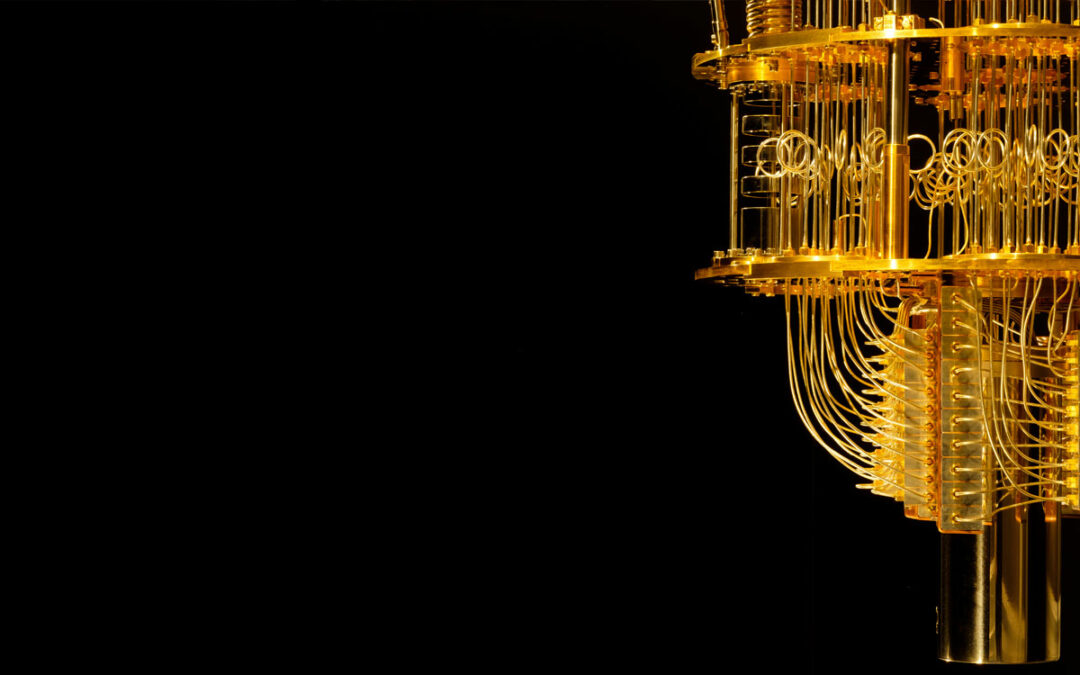 There is a lot of talk about quantum computing. Some say it’s reached quantum supremacy, there was a case of information teleportation, but still, a lot of experts are critical.

As quantitative futurists, we like to look at our data to look for answers.

And we see something quite promising for Quantum Computing. The graph below shows you how big and how fast a technology trend is being adopted from Academic & Scientific R&D towards the general industry

This doesn’t show us the impact or time horizon when Quantum Computing will affect large parts of organizations, but it clearly shows early promising dynamics especially the last year.

A beginner’s guide to quantum computing

The first mistake people always make is comparing a quantum computer as a more powerful version of the computer we use today. It’s not.
Watch TED Fellow Shohini Ghose and learn how this technology holds the potential to transform the world as we know it.

Google says that its 54-qubit processor has reached quantum supremacy in September 2019. Quantum supremacy means a quantum computer performs a function that would require an unreasonable amount of time using a classical computer.  In Google’s case, It was able to perform a calculation in 3 minutes 20 seconds that would have taken the world’s most powerful supercomputer 10,000 years.  Now that’s efficient, even for a technology that is in its infancy.

Since 2018 The power of quantum computers is doubling every six months. Still, some have doubts about Google’s achievement since so much more work needs to be done. Today a quantum machine costs millions of dollars.
Also, not everybody is convinced that quantum computers are worth the effort. Some mathematicians believe there are obstacles that are practically impossible to overcome.

The race is on

Time will tell who is right. But if you look at the money been injected and forecasted, the growth is enormous!

Many of the tech biggest names, including Microsoft, Intel, and IBM as well as Google, are building their position in quantum computing. China is spending $400 million on a national quantum lab and has filed almost twice as many quantum patents as the United States in recent years.
The Trump administration followed this year with its own National Quantum Initiative, promising to spend $1.2 billion on quantum research, including computers.

We can talk a lot about the potential, technical part and investments etc. But what will this thing actually do? From cybersecurity to pharmaceutical research to finance, here are some ways quantum will facilitate major advancements. Read this interesting article with applications from Daimler AG, Volkswagen Group, JP Morgan Chase, Microsoft, IBM

Quantum computing will enable a wave of technological innovations, creating new societal & business opportunities and helping solve some of today’s most pressing global challenges.
Although there has been significant progress in quantum computing and it is speeding up, the science faces a number of challenges including the difficulty of building a large-scale stable quantum computer and designing new quantum algorithms.

Brace yourself. The era of democratized cloud-accessible quantum computing has just begun and it will be a game-changer in almost every aspect of our lives.