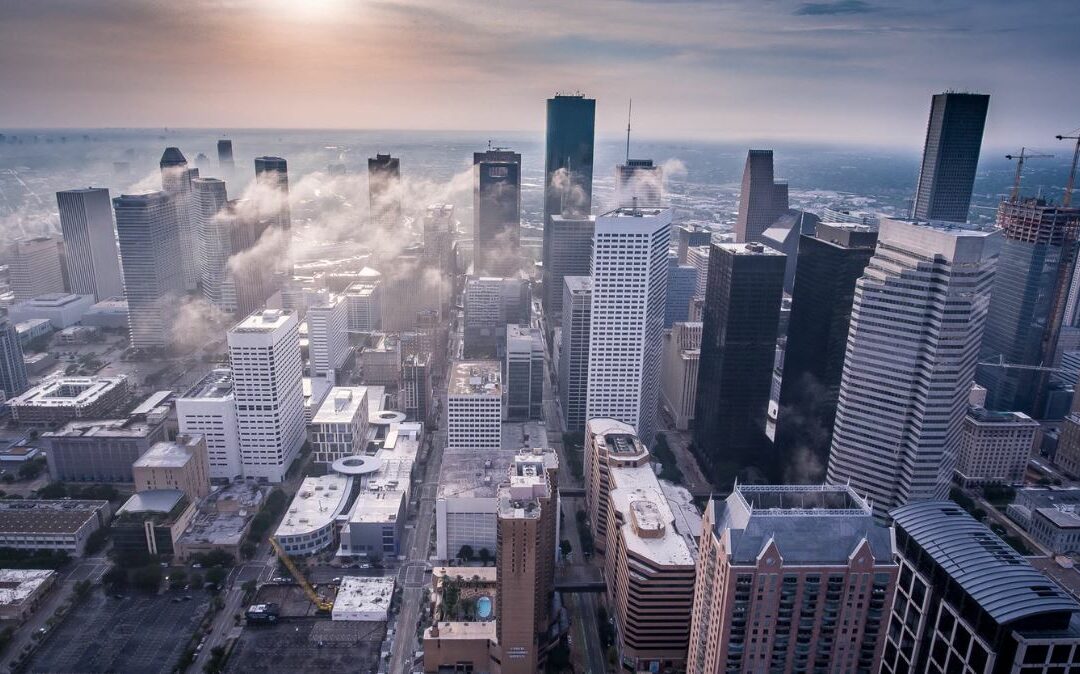 If you were born in the period between 1965 and 1980, it is likely that you grew up watching The Jetsons on television. The Jetsons was a popular American animated sitcom about a family living in the future. In the imaginary world presented in this series, all people travel and commute by flying cars. Half a century ago, this was a futuristic, almost utopian idea. Just how far are we today from the realization of moving urban mobility to the third dimension?

Today, most of us are familiar with the terms micro-mobility, car-sharing, ride-sharing, ride-hailing, e-commerce, and last-mile delivery|commute. They are gradually being embedded in our society and give rise to new or improved forms of transport and mobility and result in a range of new economic activities. However, despite their successful adoption and implementation, these phenomena don’t hold the promise to tackle some of the major outstanding mobility issues like traffic jams, air pollution or poor road traffic safety.

At present, the largest cities around the world are suffocating due to traffic jams. Whatever measures are currently taken to resolve this issue, the future does not look particularly bright on this matter. It is estimated that by the year 2050, approximately 60% of the total world population will live in cities. This will entail additional challenges for city governments to adapt their infrastructure to the increasing demands for transport and mobility, while meanwhile keeping their cities livable.

Moving to the third dimension

From a pure technological point of view, flying cars like those depicted in The Jetsons could provide a solution to the mentioned issues in the ever-growing cities and eventually also free up space at the surface. Cars and parking lots will not disappear, but flying cars offer the perspective to move urban traffic networks to the sky and reclaim a significant part of the available city surface for more meaningful uses like homes or parks.

Thanks to three rapidly maturing technologies, namely unmanned aerial vehicles, electric vehicles and autonomous cars, flying cars are on the verge of shifting from the haze of science fiction to some first real-world demonstrations. Unfortunately, there is more than just the technological aspect to turn flying cars into every days reality. Future flying cars will have to share airspace with drones, planes, and helicopters, implying the need for advanced air traffic control systems and new regulations in terms of for example priority, accessibility, spacing, landing and taking off.

Moving urban mobility to the sky is of course only half the story. We can go up, but we can also go down, below the surface. This is exactly what Elon Musk has in mind with The Boring Company to solve the limitations with current two-dimensional transportation networks. Elon Musk imagines future cities to have car elevators that vertically transport cars to underground tunnel networks where they move from one point to another at high speed via a so-called Hyperloop

Which of the previously discussed two technologies will ultimately make it is unclear, but it is certain that they both provide a worthy alternative over our current burdensome transportation systems. Moreover, they offer the perspective for a more flexible en environmentally friendly lifestyle where people can live in the countryside and work in the city without commuting two hours a day.

So where are we today?

The race to move urban transport to the third dimension is definitely on. From startups to aerospace giants, a growing number of companies are working on technology that could change your perspective on urban mobility. Uber, for example, has the ambition to create a platform to connect air taxi services, and has therefore set a timeline to operate their first commercial urban air taxis by 2023. Airbus has invested extensively in multiple urban air mobility projects. The company sees the increasing congestion and trend of urbanization as a catalyst for sustainable transportation in urban environments. Finally, Elon Musk and its Boring Company are working on a first large underground transport system for cars in Las Vegas.